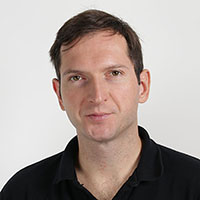 Slawomir Bak was a Research Engineer at STARS team, INRIA Sophia Antipolis. He received his Ph.D. degree from INRIA, University of Nice in 2012 for a thesis on person reidentification. He obtained his Master degree in 2008 at Poznan University of Technology in GRID computing. In 2007 he was a member of the Automated Scheduling Optimization and Planning (ASAP) research group at University of Nottingham. He obtained his Bachelor’s Degree in 2007 at Poznan University of Technology, Faculty of Computing Science. Since 2008, he has conducted research in video surveillance as a joint research scientist between INRIA and PSNC (Poznan Supercomputing and Networking Center). His research interest are in computer vision, machine learning, and optimization techniques.