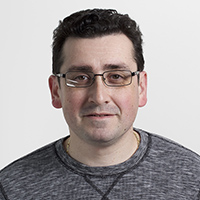 Leonid Sigal was born in Kiev, Ukraine. He was a Senior Research Scientist at Disney Research, in conjunction with Carnegie Mellon University. Prior to this, he was a postdoctoral fellow in the Department of Computer Science at University of Toronto. He completed his Ph.D. under the supervision of Prof. Michael J. Black at Brown University; he received his B.Sc. degrees in Computer Science and Mathematics from Boston University (1999), his M.A. from Boston University (1999), and his M.S. from Brown University (2003). From 1999 to 2001, he worked as a senior vision engineer at Cognex Corporation, where he developed industrial vision applications for pattern analysis and verification. His work received the Best Paper Award at the Articulate Motion and Deformable Objects Conference in 2006 (with Prof. Michael J. Black).

Leonid’s research interests mainly lie in the areas of computer vision, machine learning, and computer graphics, but also borderline fields of psychology and humanoid robotics. He is particularly interested in statistical models for problems of visual inference, including human motion analysis, graphical models, probabilistic and hierarchical inference. He enjoys cross-disciplinary research that lays on the fringe of computer vision, machine learning, and computer graphics. For example, in applying machine learning techniques to solve problems in character animation and retargeting; or using physics-based models developed for motion synthesis and animation as priors for visual inference of pose.