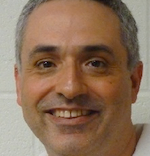 Jonathan Yedidia works at Disney Research on Machine Learning, probabilistic inference, and artificial intelligence. His Ph.D. (Princeton, 1990) was in theoretical physics, specifically the statistical mechanics of disordered systems. He continued research along these lines, but also started work in biophysics and evolutionary algorithms from 1990-1993 when he was a Junior Fellow at Harvard’s Society of Fellows. In 1993, he switched gears and became a professional chess player and teacher. He holds the title of international master. In 1997, he joined the web start-up Viaweb, where he helped develop the shopping search engine that has since become Yahoo! Shopping. From 1998 to 2011, he worked at Mitsubishi Electric Research Labs (MERL), ultimately being promoted to distinguished research scientist. At MERL, he worked on “probabilistic inference” algorithms, such as the belief propagation and generalized belief propagation algorithms, and their applications in a variety of fields, including communications, signal processing, and artificial intelligence. In 2011, he joined Disney Research.