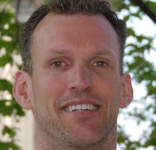 Jeroen van Baar worked as a Research Scientist in the areas of computer graphics and computer vision and was primarily interested in research problems at their intersection. He received his MSc in Computer Science in 1998 from Delft University of Technology, the Netherlands. Before joining Disney Research, Jeroen was at Mitsubishi Electric Research Labs (MERL) in Cambridge, Massachusetts, where he worked on a variety of projects including point-based graphics; ProCams systems for interaction; display and reconstruction; 3D reconstruction; and capturing high-resolution video with low-resolution cameras.

Jeroen worked on projects related to computational cinematography, and ProCams. Jeroen was also an external Ph.D. candidate at ETH Zürich.