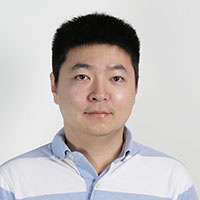 Boyang “Albert” Li is a Research Scientist at Disney Research where he leads the Narrative Intelligence group. He received his Ph.D. in Computer Science from the School of Interactive Computing, Georgia Institute of Technology. Prior to that, he received a B.E. degree in Computer Engineering from Nanyang Technological University, Singapore.

His research aims to create artificial intelligence that can craft, tell, understand, and respond appropriately to various forms of narrative, so that computers can communicate with and entertain a human audience. Specific research areas include extraction of event semantics and script knowledge, story planning, narrative-based interaction, and audience modeling. He is particularly interested in enabling traditional symbolic methods to deal with uncertainty of the real world. With computation at its core, his research also draws heavily from Cognitive Science and Narratology.